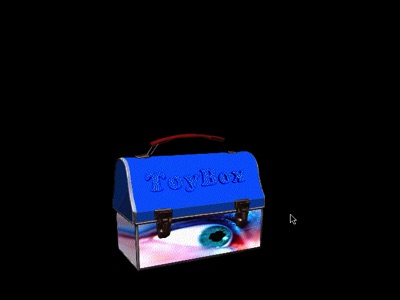 The ToyBox was a project developed as part of Video Positive 95. The piece was a compilation of artist's works contained on a CD-ROM, published and sold during the festival in Liverpool. Each artist was asked to respond to the idea of creating a piece of work which they would like to find in a digital toybox.

Clive Gillman was the Creative Director for the piece and also facilitated and collaborated on a number of the projects. 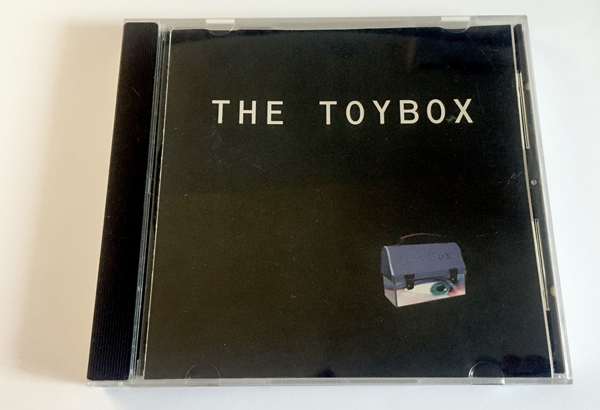 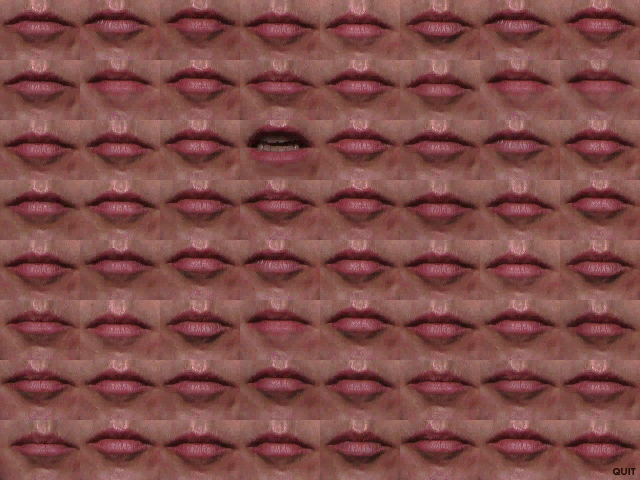 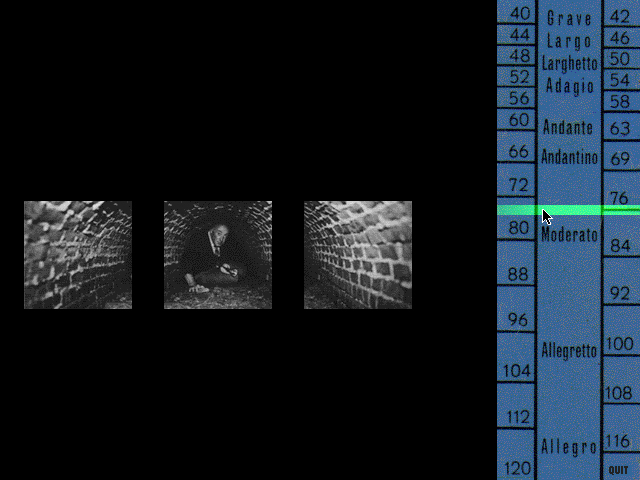 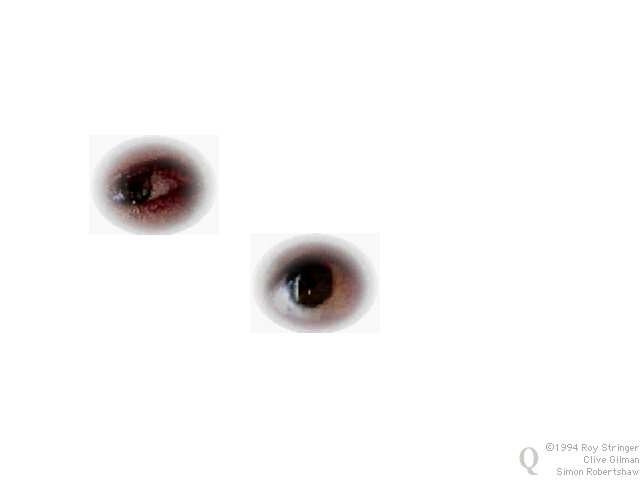 'Eye to Eye' by Roy Stringer 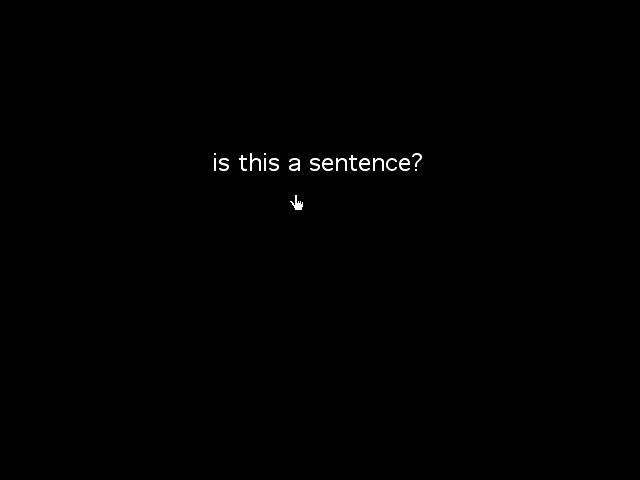 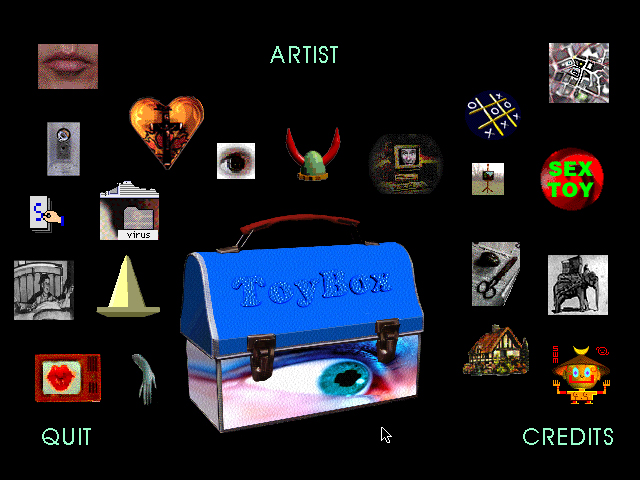