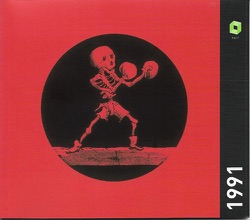 For artists working with video and the moving image in the UK, 1991 was still a time of pre-YBA naivety. Many artists who positioned themselves in this domain were active outsiders, working within the narrow scope that was left to them from a gallery sector that had still largely failed to acknowledge the significance of UK-based artists in this area. Many had positioned themselves as media-specific artists, often working with a good knowledge of - or fascination with - the tools of production, consciously exploring issues of media-specificity and with terms of reference that were drawn from film and television as well as contemporary art.

Exhibition opportunities were mainly festival based and critical analysis from most directions was still drearily unable to extract the message from the medium. The early burst of activity from pioneers such as David Hall, Tina Keane, Tamara Krikorian, Kevin Atherton and Chris Welsby, (to name but a few) had slowed to a trickle as they looked for the next stage on which to place their work. The burst of energy from scratch that occurred in the mid-80s and the flirtations with television - firstly through Channel 4 and subsequently the late lamented Network 7 - were running out of steam, and alternative distribution, the great hope of the early video visionaries had almost dried up to a nothing.

The leading works of the day were indicative of a practice in search of an effective channel. As artists grew more confident in their control of the burgeoning tools at their disposal works emerged which often spilled technical sophistication all over their black Sony screens. Some were elegant and wry comments on art, technology and time, while others were explosions of bristling chromakey in which underground celebrities of the day were awkwardly poised above Quantel generated kaleidoscopes. ‘Granny’s Is’ by David Larcher was a 78 minute dissection of his grandmother, exposed to the glare of the special effects generator – a work which was described by Jacques Derrida rather conditionally as "the most interesting piece of work I have seen to date". Another work which was shown extensively at this time was "Trout descending a staircase’ by Steve Hawley. A videotape that was both blissfully short and daftly decadent, in which a preset effect on the Fairlight Computer Video Instrument is used for a virtuoso solo in a performance by Hawley, using a selection of foodstuffs and other curios.

My own experience of this time was heavily coloured by a move away from the capital to work with Moviola in Liverpool. A move prompted by the opportunity to explore the development of a national artists exhibition resource, but also influenced by an increasingly moribund view of activity in London. Needless to say London carried on without me (London abhors a vacuum more than nature itself) but the increasing migration of artists using video into the gallery sector had seeded the opportunity to build on the experience of Video Positive with a new Liverpool based organisation – MITES.

It was clear by this time that, although some artists had glimpsed the possibilities of expanding their presentation repertoire through the use of projectors, this technology was still in its infancy and horror stories were common. Audiences and curators were subjected to twilight experiences governed by projectors whose bulb life was measured in minutes rather than hours and which produced images that were only visible once they were pointed out to you by the invigilator. The mythical exhibition cliche of the seamless projection onto the inside of a cube (with no shadows from the audience and no way to get in either] was tested and found wanting in many different spaces across the UK. It was left to left-field luminaries such as Housewatch to demonstrate how to get an audience, entertain them and go out with a bang, with multi-screen projections onto the windows of houses in the condemned streets of east London.

While many artists were caught square trying to come to terms with finding the right time and place for their work, some were quietly entering the gallery space with measured intent and producing works of gravitas and complexity. ‘Class’, an installation by Andrew Stones was shown in a number of venues between 1990 and 1993 and succeeded in expounding a sophisticated response to the Britain of the time. An extension of this piece was described in a later review by Louise Purbrick as "a warning to those who have treated the past as a place of safety" and which depicted "the condition which has enforced the story-teller’s silence" - the kind of sentiments which would be in danger of being buried beneath the self-referential irony that was to emerge in the subsequent years. There are still some who believe that the work of Stones deserves a museum in its own right.

Other artists less concerned with picking up resonances from the past were hinting at things to come through the use of computer technologies. Simon Biggs had created ‘Alchemy’, a laser-disk based book, which contained sequences of computer animations, while Susan Collins and Julie Myers working together had produced ‘Going for Goldfish’. A short animation created on the Commodore Amiga computer, which like Steve Hawley’s "Trout….", had proved to be a pixellated raspberry to the leaden work experienced in many of the exhibition venues of the day.

During this time there was significant brow-furrowing by film & video artists in trying to understand the relationship that they might have with the gallery system. Many artists, versed in the scripture of marxist thought (or at least breathing the dust left in its wake) viewed the commercial gallery system in the same way that they might view Harrods – quite nice for a day out, but hardly appropriate for bread and butter – and come the revolution……… . A small group of venues, usually firmly within the public domain, became the feature spaces. Camden Art Gallery, Arnolfini, Photographers Gallery, Oxford Museum of Modern Art, Ikon, all occasionally showed artists film and video work, but usually (and understandably) positioned it within the white cube paradigm. Venues such as the ICA videotheque attempted to explore alternatives, but were not regarded critically as significant exhibition spaces and so were unable to fully develop their potential. At this stage no film and video artist was being bought and sold through the art market and only a very pieces had been bought into national collections. The process of making and surviving was almost completely dependent upon up-front funds, usually in the form of open submission commissions, or by direct application to grant schemes through the Arts Council or the Regional Arts Boards. Artists were still occasionally able to access television production funds, usually through the Channel 4 Independent Programme Commissioners, but these were now drying up as Channel 4 moved on from its earlier idealism. Others had vague hopes that non-broadcast distribution would provide a drip feed of income from their back-catalogue, but by this time the distribution activities of London Video Access and the London Film-makers Co-op had been accepted as a loss-making public service rather than the profit-making sideline.

So although 1991 was not without emerging issues and cultural highpoints, perhaps the most critical cultural event to take place that year happened a long way from the galleries of London and New York. It happened in a place whose very purpose is as distant from the synthetic world of art creation as is possible to imagine.

A few kilometers outside Geneva in Switzerland is a scientific institution called the European Organisation for Nuclear Research. It was founded in 1954 and is perhaps better known by its acronym ‘CERN’. The institute is dedicated to high energy physics, usually involving the deconstruction of tiny particles of matter to explore the structure and energy of the basic building blocks of the universe. In their language they describe what they do as exploring "what matter is made of, and what forces hold it together".

CERN is the proud owner of the worlds largest magnet – which weighs more than the Eiffel Tower - and it routinely produces antimatter in its 27 kilometer long particle accelerator. However, the influence of a somewhat tangential branch of activity at CERN was to seed the primary information medium of the encroaching new century.

Scientists working on collaborative projects involving partners from across the globe had significant information needs, often concerning the instantaneous sharing of research information. These needs were difficult to meet and with 6500 people requiring simultaneous data a new solution was needed.

One of the scientists working at CERN was an Englishman called Tim Berners-Lee. Berners-Lee, together with a Frenchman called Robert Cailliau had been exploring how it might be possible to construct a simple to use interface for the CERN Computer Centre’s documentation archive. They adopted a principal that had been described 13 years earlier by Ted Nelson in his book Computer Lib – that of hypertext. This principle defined a process whereby documents in computer space were structured in such a way that the document itself contained internal references to further information. This navigational information was invisibly embedded and could be triggered by a mouse click on a single word. By clicking on keywords embedded within documents it was possible to navigate through complex structures of information, hosted on many different computers spread out across the globe. The outcome of this process was a system that was in 1991 entitled the ‘hypertext transfer protocol’, or http.

Initially this protocol was only released to a small number of academic institutions who each modified the system until, in 1993, the National Centre for Supercomputing Applications at the University of Illinois released the first version of the Mosaic browser. This was a device aimed at interpreting http in a friendly window-based interface. By the following year the term World Wide Web was in fairly common use and the first international World Wide Web conference was held at CERN. For many people who attended it became known as the ‘woodstock of the web’. By the end of 1994 an estimated 10 million people were using the web.

Although founded primarily as a method for information exchange, http has opened up a new space for creative activity. One in which the conventional paradigms of art creation have been extended to include the notions of connectivity, simultaneity and dislocated prescence. Like the video art of the early nineties, it demands the recognition of its own paradigm and challenges the accepted notion of creative space. However, it is still impossible to see whether this space exerts any greater pull on the dominant ethos, or whether the space occupied by web-based work will ultimately conform to the contemporary art paradigm in the same way as time-based art was beginning to do in 1991.