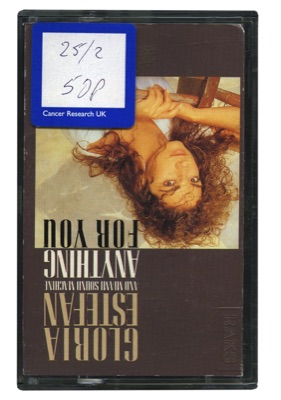 I Give You Everything

This work was created for the Cupar Arts Festival and was based on a process that took place  through the summer of 2009. The piece was based the around the creation of a compilation CD comprising songs bought in the Charity Shops of Cupar together with soundbites from the lives of the shops. All the songs on the CD were songs about giving = and were bought in the charity shops of the town over a period of several months while alkso meeting and interviewing the staff. It comprised:

Give It Up – Gloria Estefan

Give Me Life – Daniel Powter

You Give Me Something – Jamiroquai

Some Gave All – Billy Ray Cyrus

I Give You Everything – Lisa Stansfield

I Can't Give You Anything But Love – Peggy Lee

Give Me Back My Heart – Dollar

Give It To Me – Kylie Minogue

I Have to Give You Back Your Freedom – Nicole

What U Give U Get Back – Scorpions

The final audio CD was produced in an edition of 8, and each was framed alongside a unique digital print

These were then ffered for sale in the Charity Shops of Cupar as part of the Cupar Arts Festival in October 2009.

Purchasers could pay whatever they felt appropriate, or take the work in exchange for a donation of goods or services, all proceeds to the charity.

Some further text about this work 'Learning to Live'

Thanks to Kathy Watts, Gayle Nelson and Carolyn Scott of CAP, Derek Blackie, and all of the staff of the Shops involved. 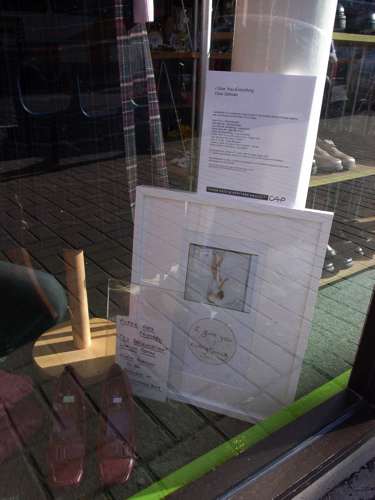 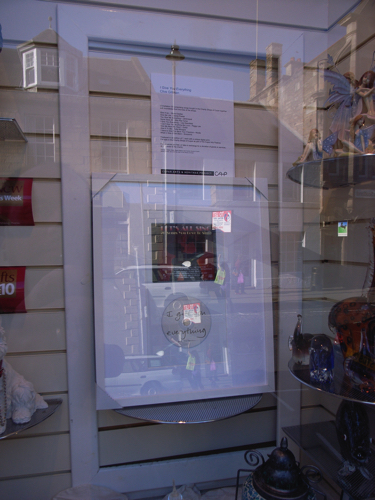 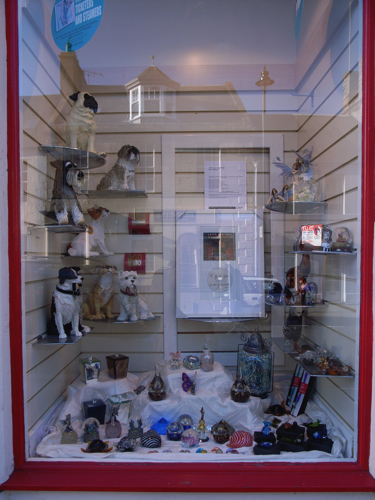 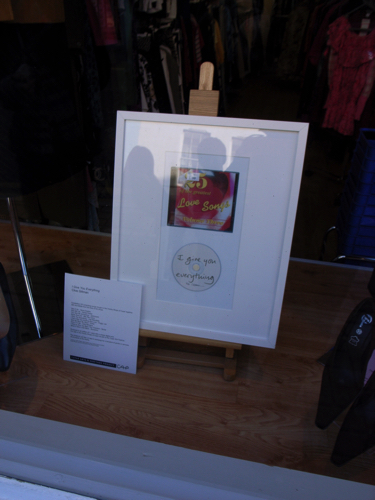