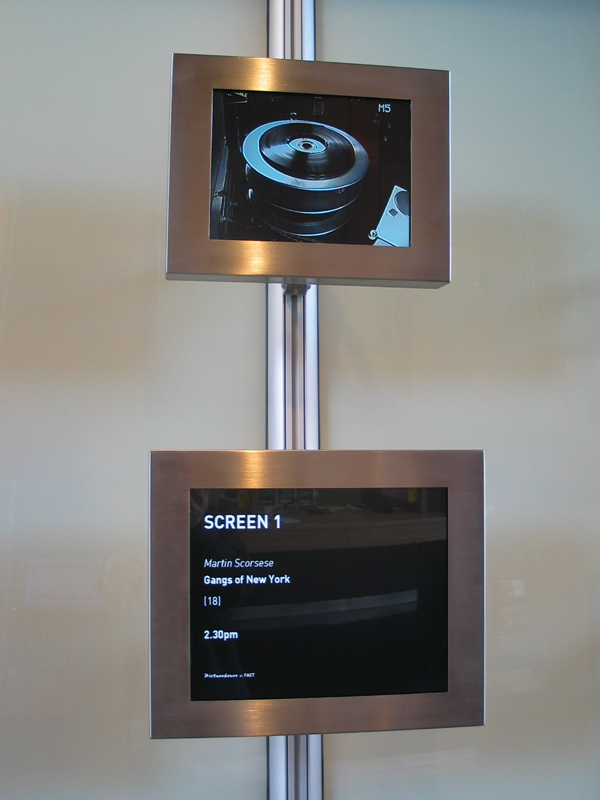 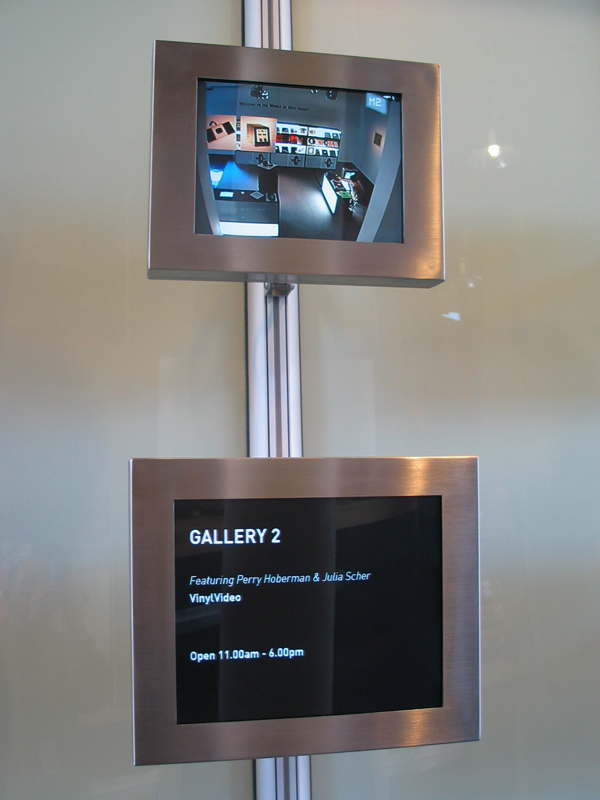 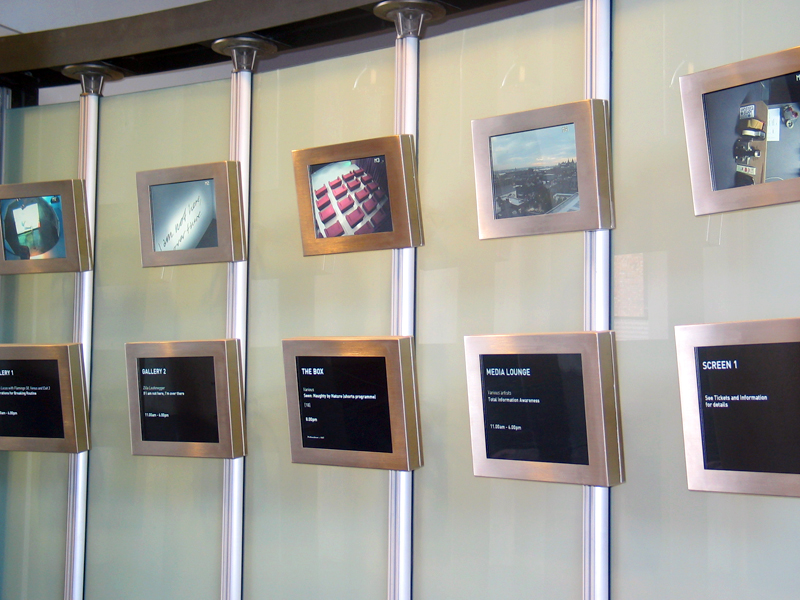 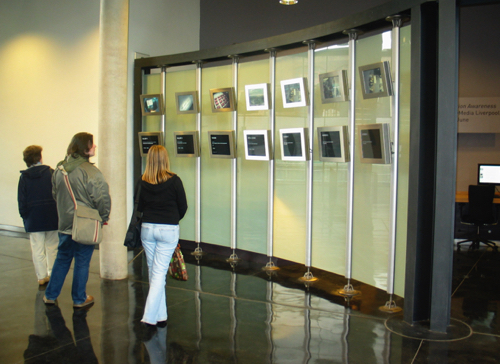 The Orientation Wall used a conventional approach of a building-based CCTV system but instead uses it to provide feedback of the life of FACT back to its users.

It functioned as the informational core of the building, providing a single composite live image of the activities within the building. Using a number of discrete video cameras sited at specific locations throughout the building, the wall generated a dynamic exposure of the life and workings of the FACT Centre to visitors to the building.

It was located in the busiest part of the foyer, between the Tickets and Information area and the Media Lounge and was formed by 14 LCD monitors mounted on 7 columns. Text data is generated live from a content management system designed specifically for the project by SODA, providing automatically updated programme data throughout the day, while visual images are provided by cameras located in spaces throughout the building such as the cinema projectors or high up in the gallery.

In addition, the central display on the orientation wall was a live arial view from the roof of the building looking towards the sunsets over Liverpool bay.

The sun, representing the primary source of illumination, tracks across the field of view, while the context of Liverpool bay, the prime geographical and historical signifier of Liverpool, frames it and channels it to deep into the heart of the building itself.