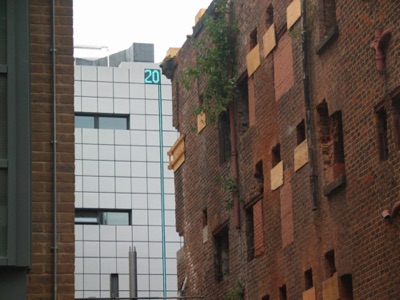 During the early stages of the FACT building design a concept for the external skin of the building was defined. As the building specification required predominantly 'black-box' spaces (cinemas/galleries), very few options were available to support views in to and out of the building. The option for the designers was therefore to maximise these views where possible, but to position any glazed elements within a concept that would extend across the entire outer skin of the building form.

To begin with, this concept involved the use of a number of active lighting features extending the full height of the building. With the lights being distributed across the surface of the building in 7 groups. The groups being ordered according to the colours of a standard colour television test pattern.

The sequence of this pattern being; white, yellow, cyan, green, magenta, red, blue.

As the design evolved, this concept was adopted and the external skin became defined as a screen, but as a screen more akin to that of a computer than a television, in which different sized windows break through a predominantly monochromatic pixellated background. In the final design the 'pixels' that cover the main bulk of the building surface are formed from a rainscreen made up of around 3000 part-weathered square zinc panels set in a 1:1 matrix.

The lighting columns were retained as slender, but intense, strips of light fitted between the zinc panels in a small vertical gap and using a mounting technology that allows the lighting panels to be fitted flush with the zinc tiles. Thus creating a series of full-height cracks in the building's surface through which brilliant light is perceived to be escaping.

All the lights in the colour sequence are composed of combinations of the three primaries, red, green and blue, although (as in a television) these primaries are also used to create white, yellow, cyan and magenta. The lights sources are tiny LED lights, spaced at 8mm intervals across the height of the building and are controllable in 30 sections to match the tile matrix.

At the top of each column is a single tile, designed to replace the 600 x 600mm zinc tile. This tile comprises a matrix of LEDs displaying the same colour as the adjacent column and is used for the display of alpha-numeric characters (2 side-by-side) and custom icons.

As the roofline of the building is visible from many parts of the city, these LEDs provide a coherent signature for the building, rising up from the surrounding roofscape and illuminating the tight streets in the immediate vicinity. In some ways the final appearance is like a set of digital flags ranged across the front of the building, but is also a small nod to the neon lit cinema design of the 1930's.

The entire system is controlled from within the building by a computer that provides clock data as well as the link to the building management system for the display of building data. In addition a web game is under development that will allow users to log on to the FACT website to play a game which directly controls the lights on the building. 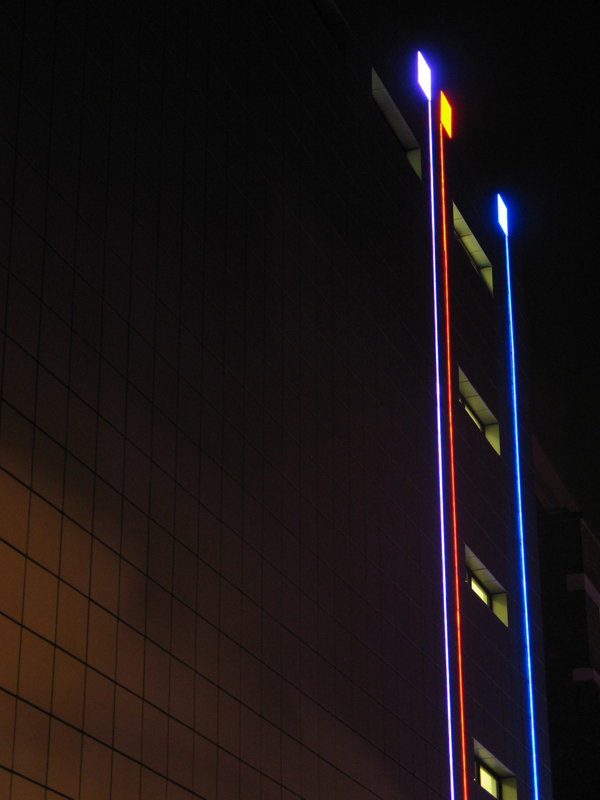 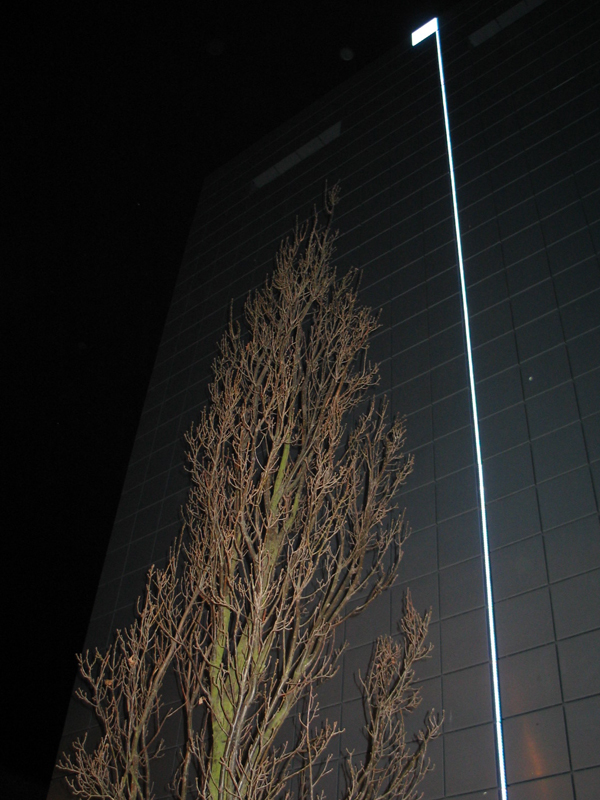 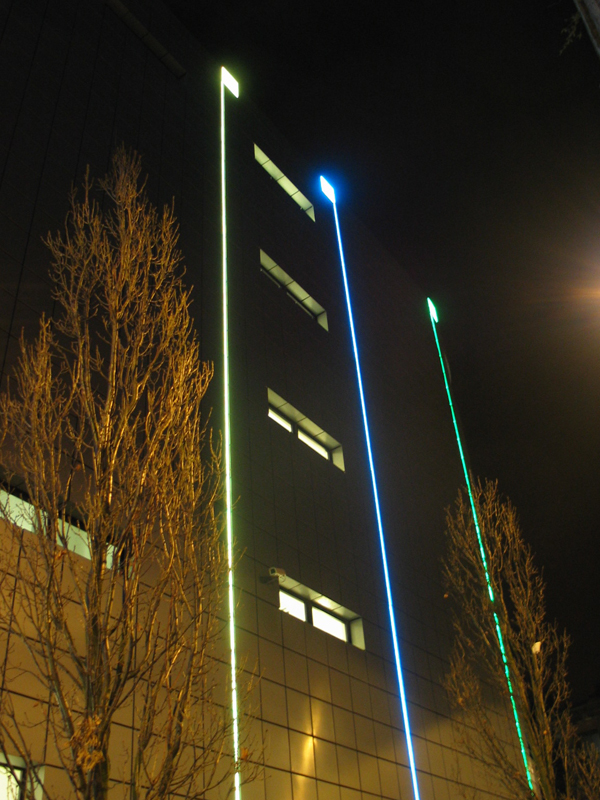 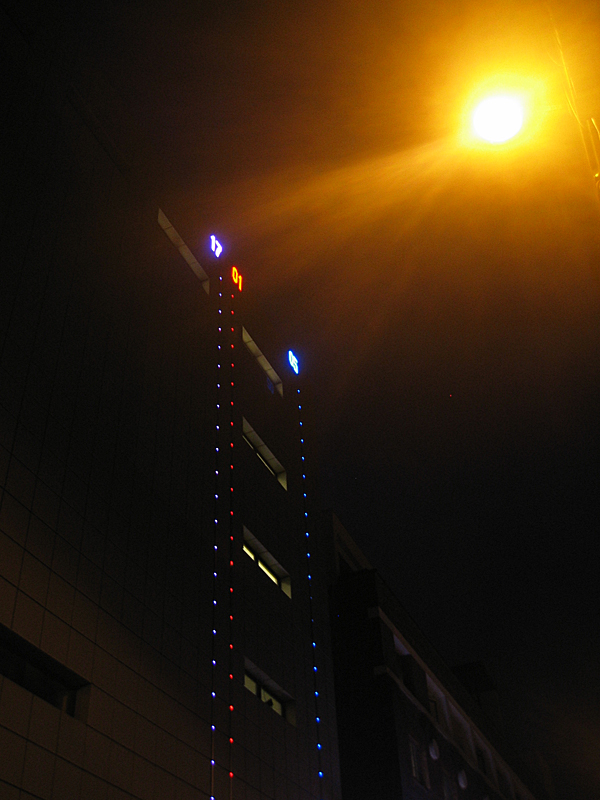 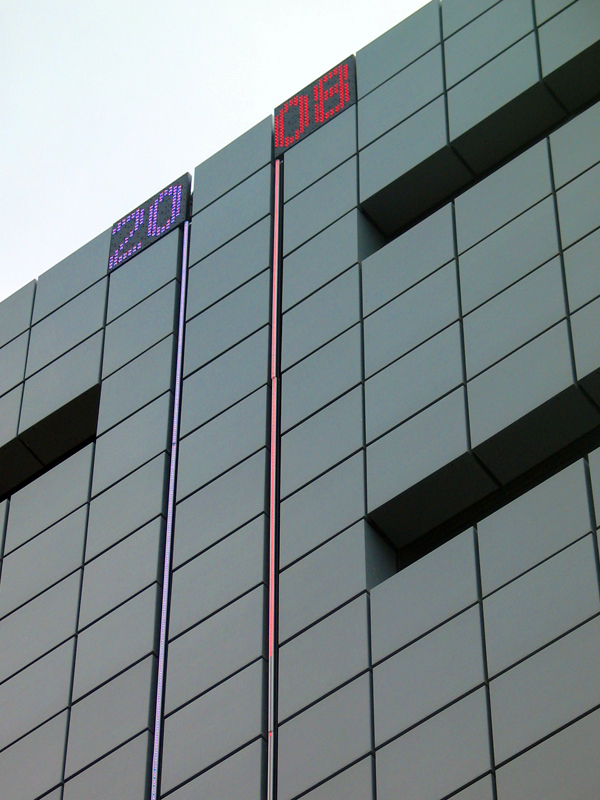 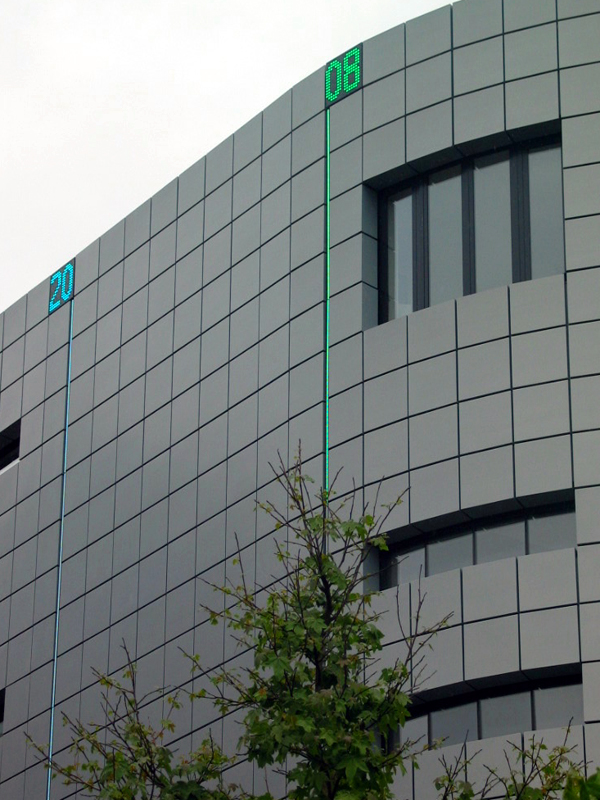 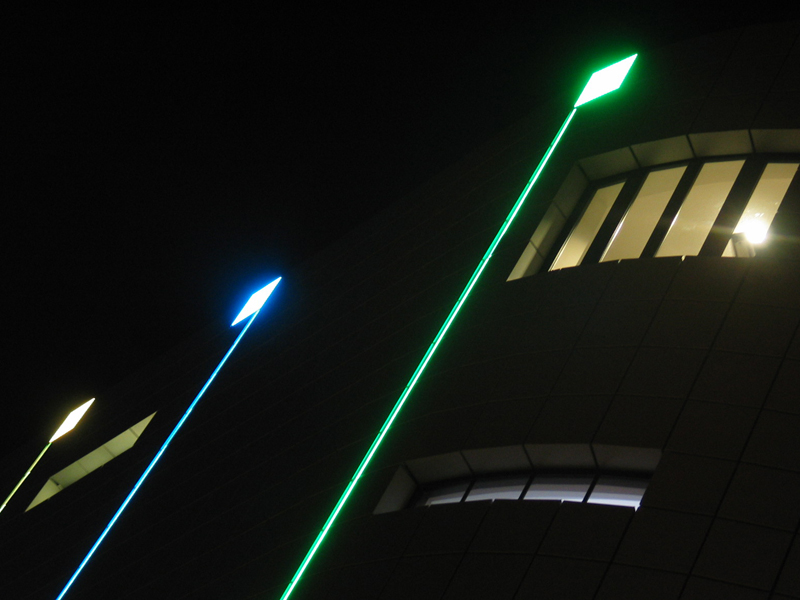 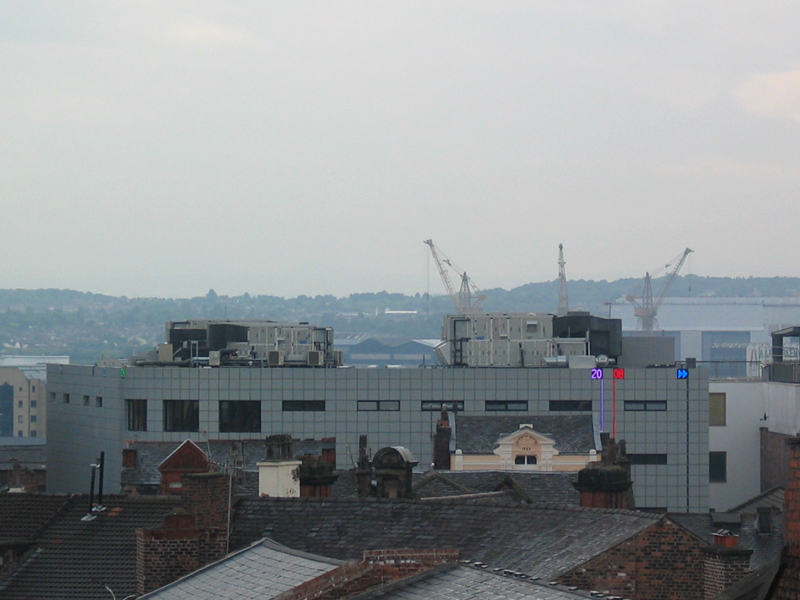