This work was commissioned by the Bluecoat Gallery as part of a group show entitled 'Put your hands where we can see them' in Feb 2004. The piece was created in response to the regeneration process underway at the time in Liverpool. The piece used a simple powerpoint style presentation that was projected on the wall alongside some feedback slips.

The presentation was updated regularly throughout the course of the show in response to messages that were left on a small table in the gallery space. People were invited to leave messages that they would put on the banner under which they would enter the emerald city. Through the period of the exhibition a dialogue was generated with the visitors to the gallery which parodied the arguments between the Wizard and the visitors to the city of Oz in the film.

The piece grow longer and longer as the dialogue grew and responded to events outside of the gallery over the course of the exhibition.

The original story of the Wizard of Oz by L. Frank Baum was published in 1900 and was already widely read by the time of the release of the 1937 film of the same name. For most people, the film provides the dominant imagery of the story, and it is true that much of the plot and characterisation in the film is true to the original book. However, the film diverges from the text of the book in one major area, one that was probably due to both technical and aesthetic reasons. In the book when Dorothy arrives at the emerald city, the gatekeeper to the city insists everyone entering the city puts on a pair of green tinted glasses. The wearing of these glasses, it is later revealed, is done by order of the great Wizard of Oz.

The emerald city is not really emerald at all. It is perceived as emerald by all those who live there or visit. 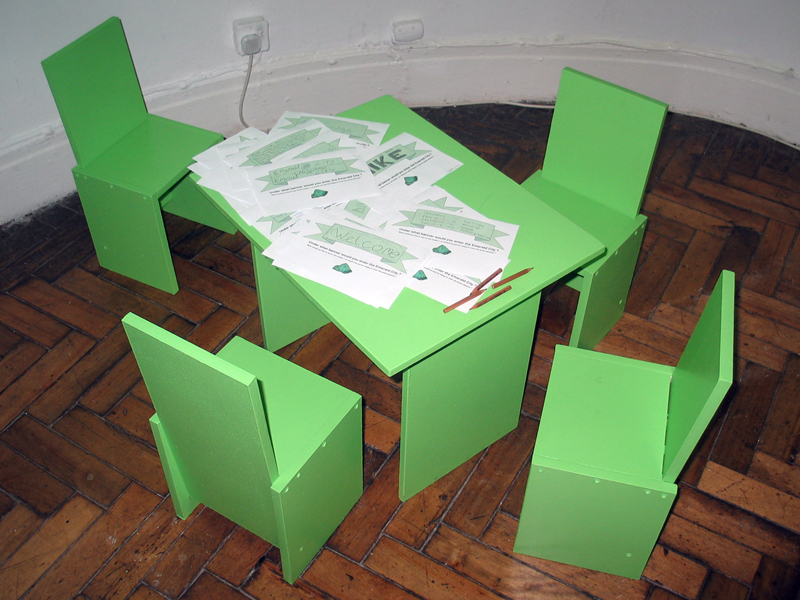 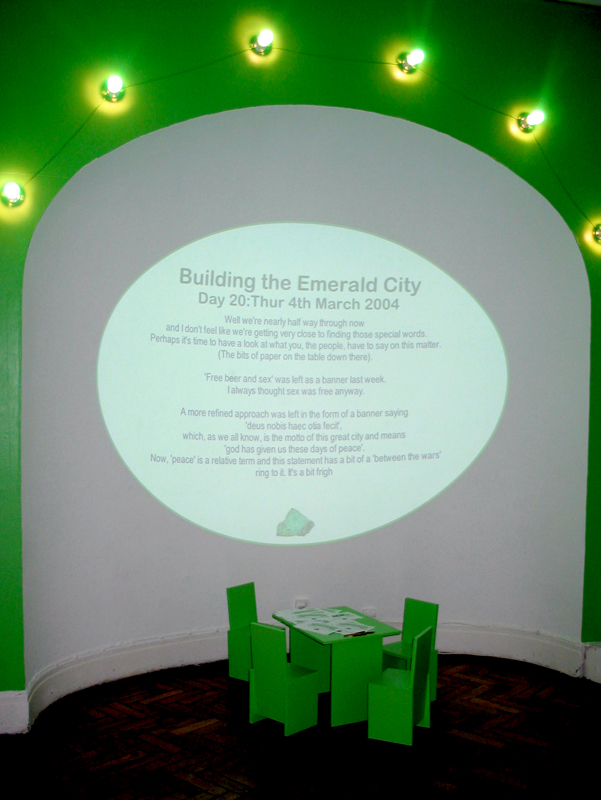 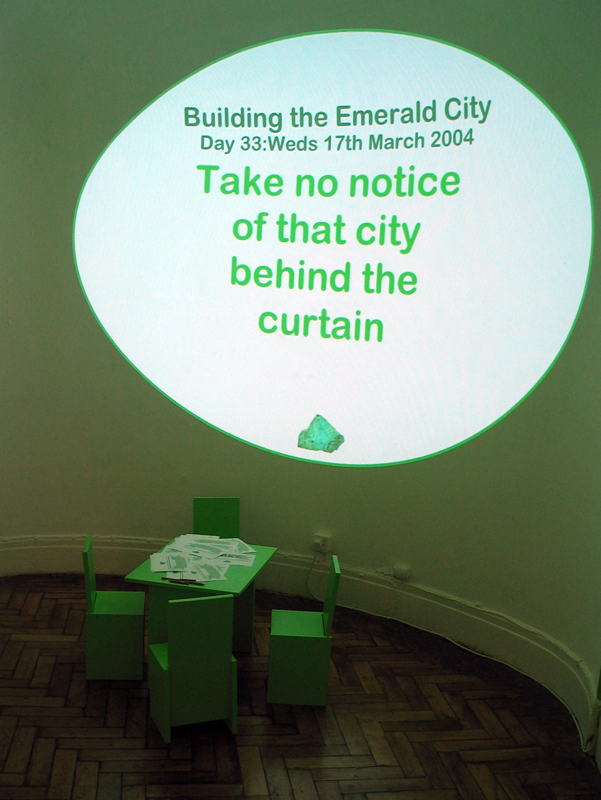 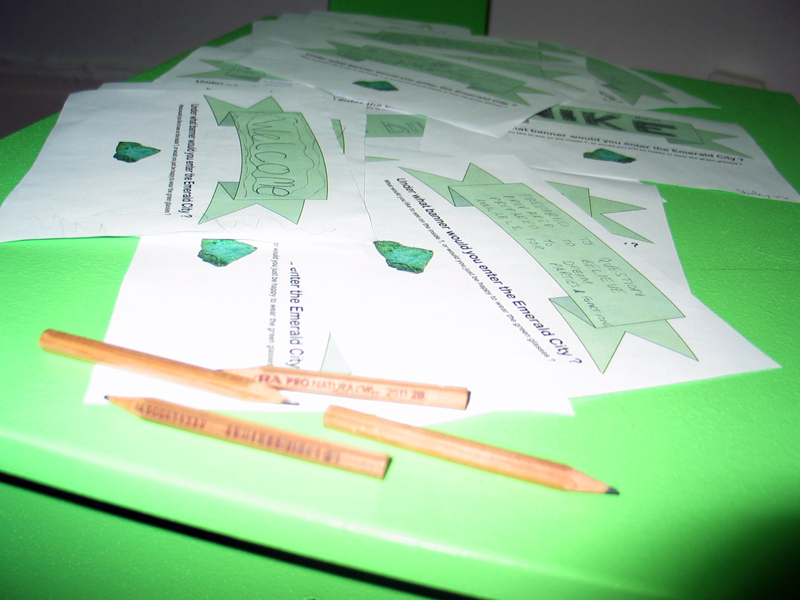 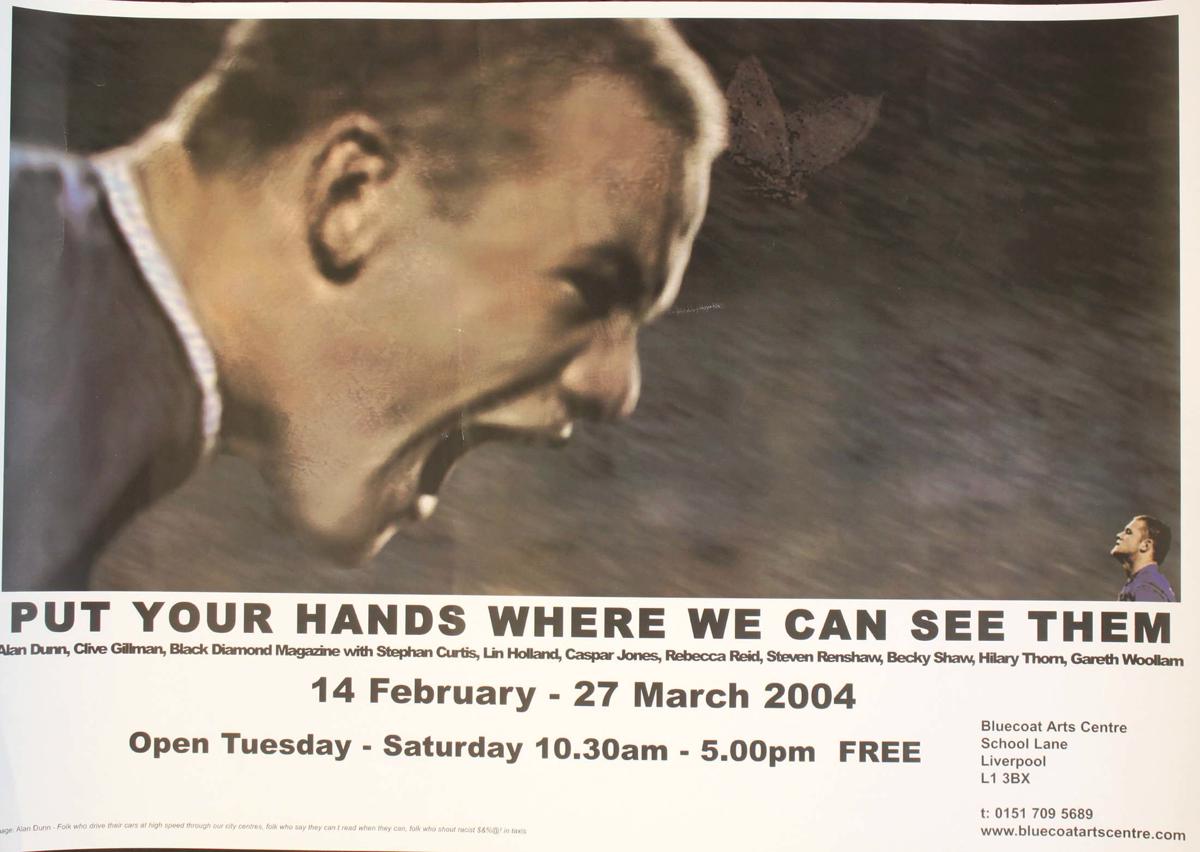