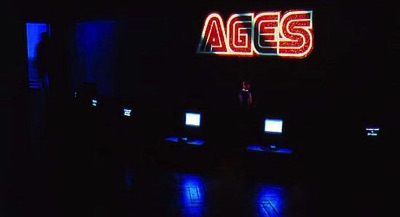 To Be This Good...Rock of Ages

The popular images of fantastic worlds where gratuitous pleasure is provided for every whim are not met by the often mundane experience of, for example, communicating on the internet, or the relative drudgery of complex computer programming.

To inhabit these virtual worlds requires a certain understanding of multi-dimensional spaces, something that is as necessary a skill as reading is for the grasp of literature. Each layer of connection of this abstract virtuality may have a dimension perpendicular to the one you may currently occupy, leading to exploration of what may usefully, but extravagantly be termed parallel universes.

In 'To be this good ..... Rock of Ages' these extra dimensions are illustrated as poems across a set of seven computers. These poems can be read linearly (from beginning to end), or non-linearly as a series of keywords that create a poem in a different strata. By different players picking the key words through the text a further sentence is created on an eighth computer. The interference of words across the seven computers being shown as a projected image on the wall. The musical clues linking the keywords together provides another strand, picking its way between them, providing further clues and a soundtrack. A deeper strand also exists buried in the text.

The poems themselves are based on the nursery rhyme 'Mondays child.......' and each computer displays a short poem based on the attributes associated with a particular day. All the poems have been constructed to be read individually or as part of a set, almost like reading a horoscope where one may be interested in one's own forecast, but may also read the forecasts of others to build a picture of a shared future.

The whole installation can, in turn, be read like an arcade, in which the child on the wall is playing a game while the other computers are running on automatic. When a mouse on any of the computers is clicked the focus of the game shifts, the child stops playing and turns to watch you as you become the player. As with any game this one offers a reward in the final page, offering up a birthday. Each of these selected randomly from a database of birthdays. As in any maze, the final sense of resolution may come from reaching this goal, but more important is the passage undertaken while in the maze.

An interactive computer installation shown as part of the V-Topia exhibition at the Tramway Gallery Glasgow in Summer 1994 and at the Bluecoat Gallery Liverpool in Spring 1995.

The piece was commissioned by Moviola, Tramway Gallery and Film & Video Umbrella

Documentation of the V-topia exhibition is available on the Film & Video Umbrella website here. 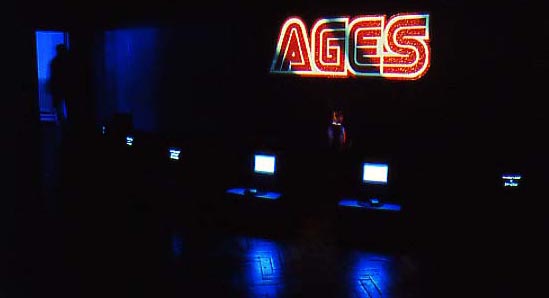 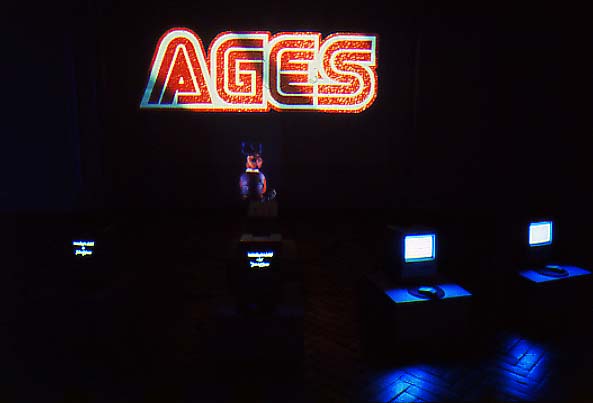 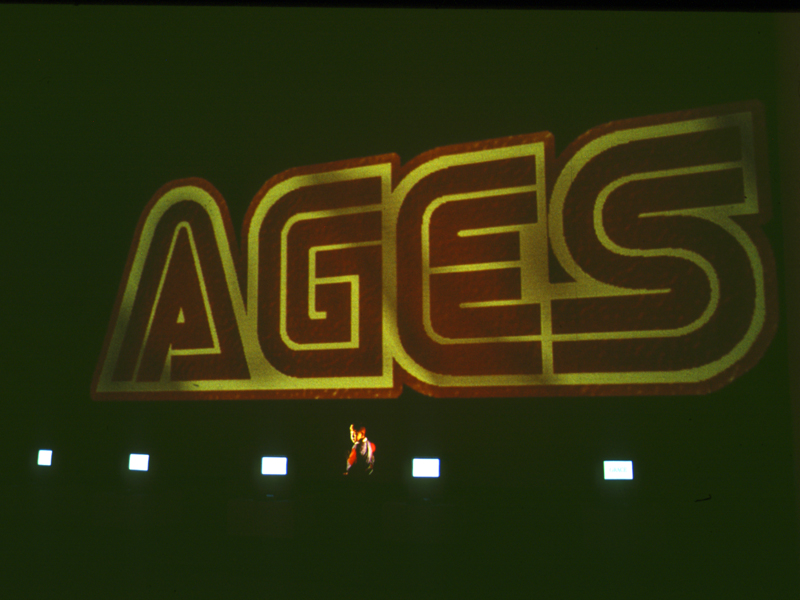 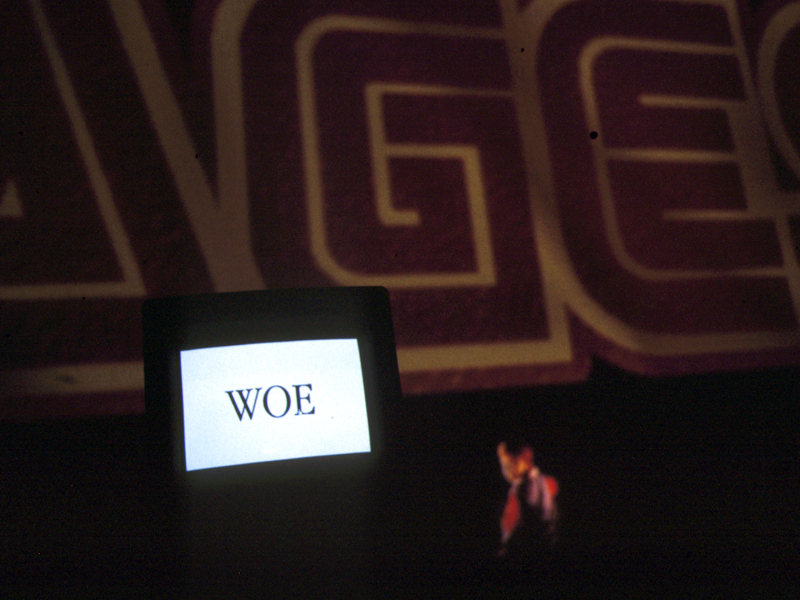 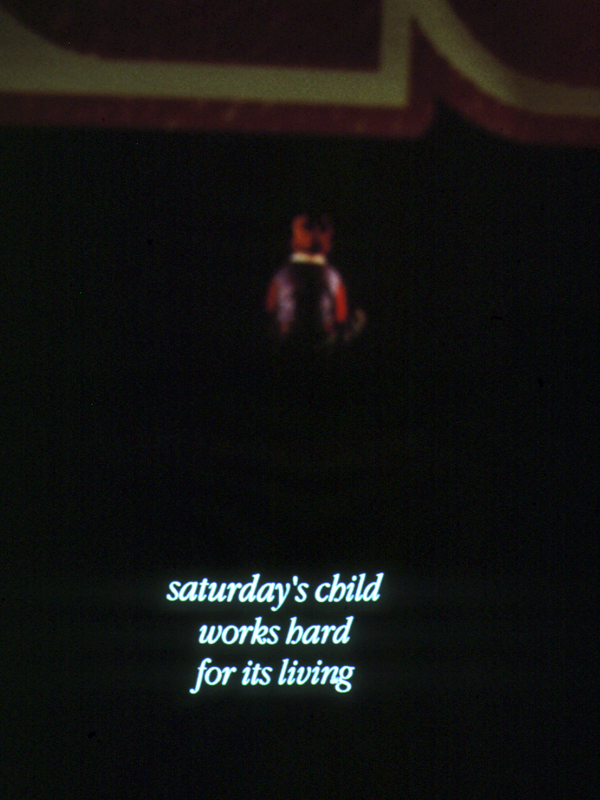 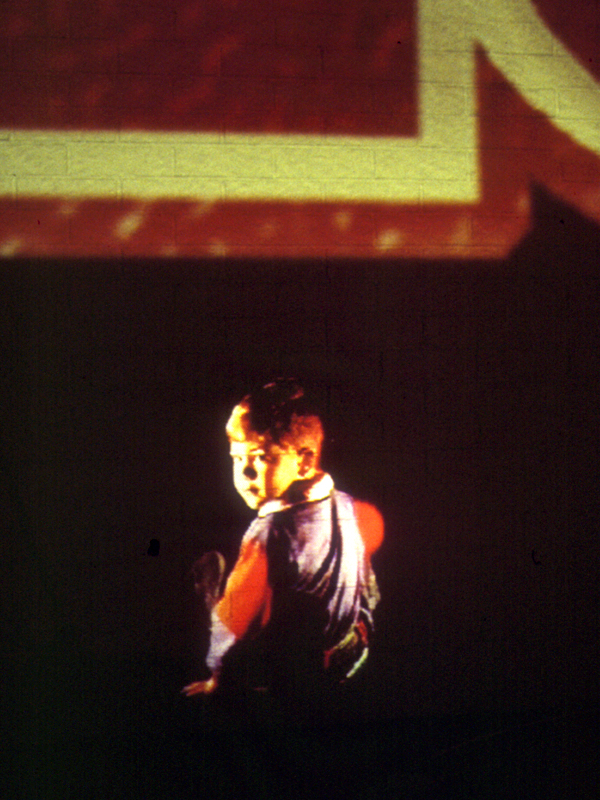 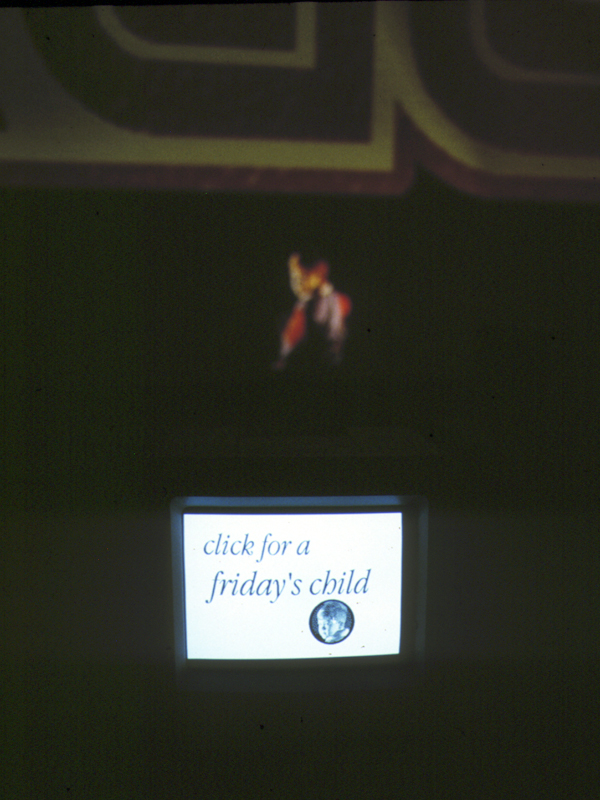 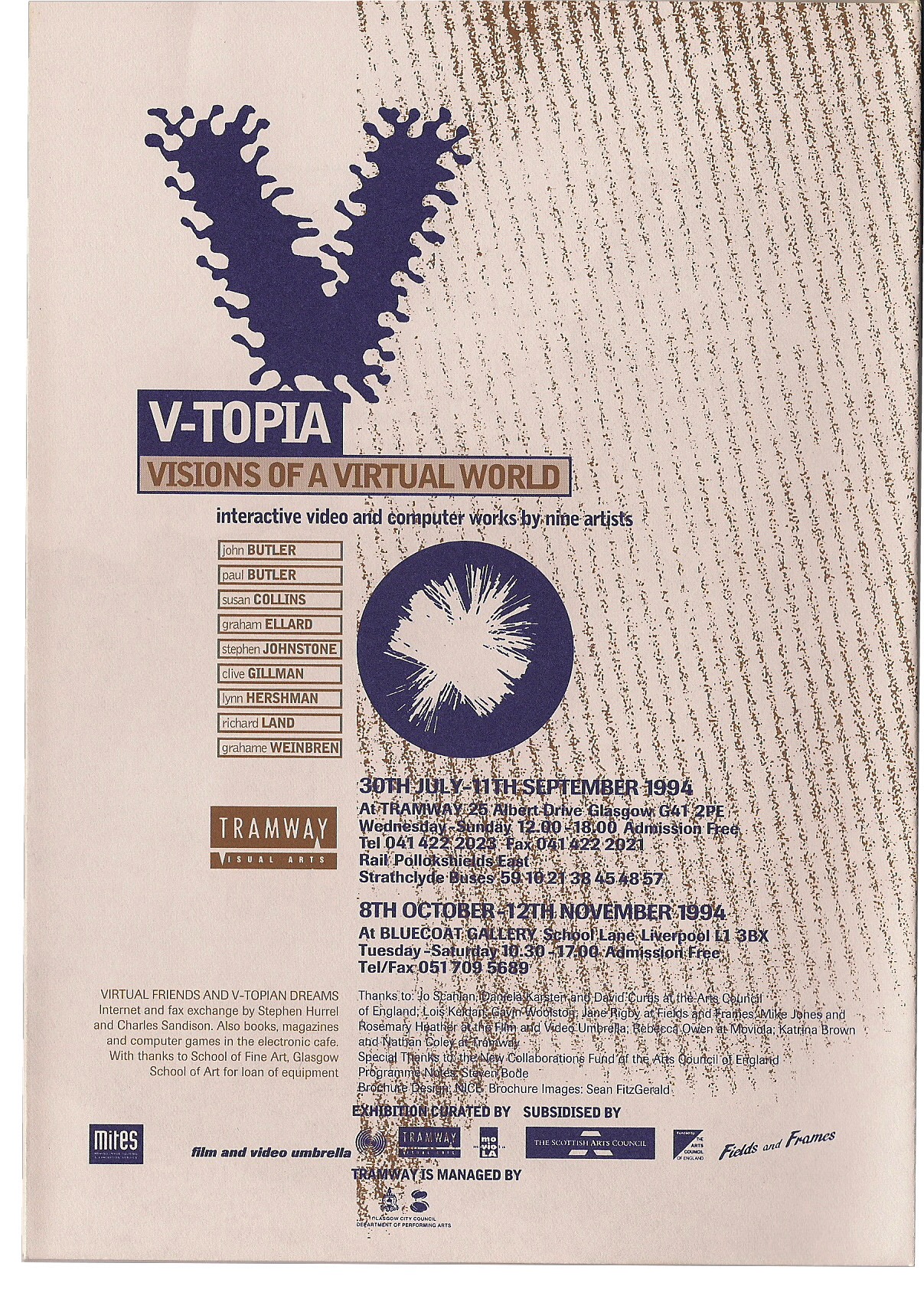