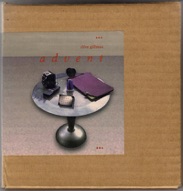 Clive Gillman's intricately crafted and quirkily engaging video tapes and multimedia installations have been a distinctive feature of the British electronic arts scene for over a decade. Technically impressive, adroit and inventive, yet, at the same time, disarmingly oblique and understated, Gillman's work hasn't always attracted the level of attention it deserves. Nonetheless, looking back over his career, it is hard to think of many other artists whose portfolio better reflects both the deepening influence of digital technology within the visual/media arts or the particular critical and literate character of the cross-media practice that has emerged from the UK.

Although nowadays concentating more or less exclusively on the new media of interactive installation and CD ROM, Gillman's work has been noticeably inflected by his grounding in an older experimental tradition of artists' video. One of a 'second wave' of younger video artists who were drawn to the medium in the early to mid-Eighties, Gillman was already attuned to the formal innovations of the film and video avantgarde. His own interests, however, lay outside the increasingly closed loop of structuralist-materialist investigation inaugurated by pioneering figures like David Hall. Where this work was turning further inward (in an effort to highlight both the material properties of the video image and the fundamental nature of human perception), Gillman and his contemporaries had their eyes set on a wider media landscape which embraced the mainstream language of cinema and television, as well as other Eighties phenomena like pop promos, club culture, computers and video games. Increasingly familiar with a newly-available roster of video-editing and post-production techniques, these younger artists enthusiastically took up the challenge of making work which implicitly commented on the media whirl around them while creating something of a stir within it.

A vivid illustration of the spirit of that time is afforded by Gillman's work with the video 'group' Nine Attrition Magnetic. Tapes like Timezones and Saboten Boi (made with some-time collaborator St. John Walker) were ambitious and accomplished pieces which charted a memorable course through an hallucinatory hyper-real universe of larger-than-life consumer icons, shimmering computer-game graphics and pulsing manga cartoons. Like cyberpunk mentor William Gibson, Gillman and Walker found a luminous template for our technological future in the hubbub of Eighties Japan, and refracted it back through a mirrorball of jagged edits and sampled electro sounds. Unlike most things on the video art scene at the time (1987/88), and outwardly quite different from anything Gillman has attempted since, these pieces do contain traces of recurring motifs, notably the competing claims of mythology and technology in helping us make sense of our ever-more complex and sophisticated media environment. (Here, as in many of his subsequent multimedia works, Gillman intriguingly privileges an innocent child-like perspective as a way of 'channeling through' this sensory overload of information.)

Continuing to work independently Gillman began a short series of what he termed 'non-linear videos' which pushed and strained against the limitations of the video medium, often invoking philosophical constructs like chaos theory to encourage viewers to read his abstract clusters of texts and imagery outside of a conventional linear framework. A more appropriate outlet for these ideas soon presented itself with the arrival of hypertext and interactive multimedia. Switching his activities more and more to the computer, and increasingly immersing himself in a computer-game culture that had been curiously marginalised by much of the media-art world, Gillman produced a number of medium- to large-scale installation works. Three, in particular, stand out. The Picture That Ate My Soul is a simple but arresting piece in which Gillman presents a screen-based Amiga-generated mock-up of the gallery in which the viewer is experiencing the work that frequently confounds our expectations of approximating real space to the computer world. Pirate's Lament, on the other hand, is a striking outdoor projection in which computerised text and image sequences are arrayed onto a giant satellite dish - colliding the private and public dimensions of modern information transmission, the piece acts as a humorous reminder of the battle for control of the contemporary airwaves. In To Be This Good... Rock of Ages, he again contrasts the old and the new by juxtaposing a re-worked image of the monolithic Sega logo with a daisy-chained cluster of Macintosh computers, each housing a beguilingly poetic word-game for the viewer to puzzle over.

This puzzle element is further developed in Gillman's new CD ROM work Advent. Twenty five diary entries, recording the descent into madness and monomania of an anonymous protagonist, are arranged in the traditional form of an advent calendar. Each day presents a page of text (offering cryptic clues to the subject's state of mind and the mysterious quest which obviously obsesses him), combined with image sequences, graphics, sounds and other hidden interactive events. Piecing together these fragments, the viewer moves towards a final revelation or denouement that is contingent on how much they have discovered of this strange hermetic world.

In its atmosphere and its formal structure, Advent is conspicuously influenced by fantasy games like Myst where players are encouraged to explore a perfectly preserved but abandoned world in search of clues as to what has occurred. An equally fruitful comparison, however, might well be with the early short films of Peter Greenaway, with their obsession with lists and co-incidences and their ability to conjure an uncanny enigma from the apparently mundane. Advent has little of the science-fiction otherworldliness of Myst but rather revolves round a subtly-transfiguring poetry of the everyday, in which the creative interplay between image and text and the shifting relationship between internal and external landscape force us us to look at the world around us in a quietly surreal new way. As a game, it may disappoint players looking for fast-action thrills and spills, but as a meditation on landscape, perception and the psychology of human folly, it is a rich and rewarding piece of work. With Advent, as with much of his career as a whole, Gillman is clearly following his own idiosyncratic star. As always, it is never less than interesting seeing what he discovers on his way.